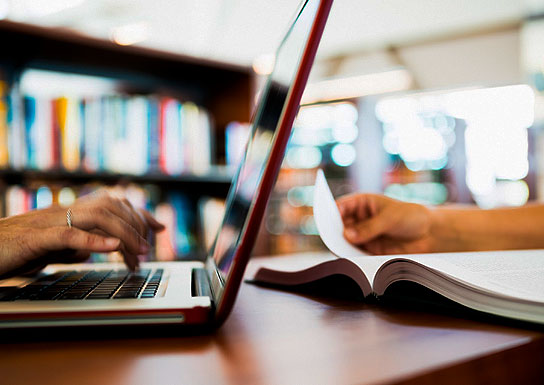 Moving counselors into schools has referrals on track to double

Bob.Self@jacksonville.com Tyrenia Cross, counselor at Saint Clair Evans Academy, talks with a parent who had concerns with her child’s behavior. Cross works for the Children’s Home Society as part of Duval’s pilot Full Service Schools Plus program.

It wouldn’t be unusual to walk past Room 105 at Saint Clair Evans Academy before school starts and hear “The Electric Slide,” or maybe “The Cha Cha Slide,” coming from the other side of the door.

Inside, Tyrenia Cross has dragged her table and chairs off to the side and cranked up the music.

She’s even getting teachers to bust a move.

“Girl, you need to come and dance with me in the morning,” she tells them. “‘Just give me five minutes. Five minutes. All I need is five minutes.’ … It just changes the atmosphere.”

Cross is not the school’s dance teacher, but its new licensed mental-health counselor.

Duval County Public Schools, alongside several of Jacksonville’s nonprofits, is piloting a nearly $1.2 million program called Full Service Schools Plus that embeds a therapist in each of the 12 schools within the Ribault High School feeder pattern in northwest Jacksonville.

The new approach aims to increase students’ access to mental-health services by reducing the barriers, such as transportation and demands on parental time, that sometimes prevent them from receiving help.

And so far, it’s working. Referrals in the feeder pattern are on pace to double over the previous school year.

The goal is healthier, happier children who are less likely to have behavior problems and more able to learn in class.

“You’d be hard-pressed not to talk to teachers today, especially in certain communities, and them not talk about the challenges children bring with them to the classroom, regarding behavior, sickness, even mental health,” Superintendent Nikolai Vitti said. “Now we’re starting to talk about it in Jacksonville.”

Vitti said the model supports the district’s approach to caring for the whole child and his or her overall wellness.

“As a school system, we can’t accept these excuses for why children aren’t learning,” he said. “We have to admit that they’re a problem, but we can’t stay in this place of excuse making. I can’t tolerate that as a leader.”

WHEN AND WHERE KIDS NEED IT

The new approach grew from a commissioned study by the University of Maryland a few years ago that identified the gaps in mental-health services in the school system. Vitti said it confirmed what administrators already knew.

“Children are coming to school with mental-health issues, and the school system is not really equipped to deal with those issues,” he said.

The traditional Full Service Schools model, which remains in place in seven other feeder patterns, provides students at 76 more schools and their families access to mental health, physical health and social services that aim to address non-academic barriers to success in the classroom. The centers and services are off-site, but specific schools are linked with certain centers.

In the Ribault pattern, mental-health services are integrated directly into the school. Instead of students being referred to an off-site provider, they’re referred to a therapist in the same building provided by Children’s Home Society.

The 12 schools in the pilot were selected because of a high percentage of kids living in poverty; and the Youth Risk Behavior Survey indicated many students were at risk for mental health concerns. Saint Clair Evans Principal Lawanda Polydore said her students live in an area that is “challenging” to be raised in. Additionally, students receiving referrals in the past showed limited follow-up beyond that.

As Cross explains it, there is very little lag time between when she receives a referral and when she can begin treating a student. The referral is a one-page form that allows teachers to check off behaviors they’ve seen and leave comments.

After that, Cross sees the student within a couple of days. She explains what a therapist does in simple terms, and asks the student if he or she wants to speak with her. If so, she reaches out to parents and provides them with the necessary paperwork to proceed.

Cross said parents sometimes react by saying their children don’t have mental-health problems. But once she explains that problems include things such as low self-esteem, anxiety, stress and grief — not necessarily more serious conditions such as severe depression and schizophrenia — they tend to be receptive.

“It’s very important for me as a clinician in this environment to make sure people are educated as far as what mental health is,” Cross said. “[The kids are] acting out in ways because they want to seem more than what they are because they feel so bad about themselves on the inside.”

A PART OF SCHOOL CULTURE

“They will see Ms. Cross and approach her excitedly. ‘Is it my day? Can I talk to you? Can I have a session with you?’ ” Polydore said. “We have students who are excited in that way.”

By bringing the services into the school, the number of referrals is on pace to double from the previous school year. In 2014-15, there were 426 referrals for mental-health services within the Ribault feeder pattern. For the current school year to date, there have been 504 referrals.

Vitti said that schools are a natural access point for providers to reach children.

“It only makes sense then to provide the services at the school site because you have a captive audience, you have a consistency in attendance, and you have a level of trust and observation to identify the problem but then service the child there and work through the child’s challenges there,” Vitti said.

Polydore said teachers are also excited to have an extra level of support.

“They know when they can’t get to the bottom of what’s wrong, they know they can pick up the phone and they know they’re going to have somebody there to actually help them,” she said.

Vitti said he believes the Plus model will, over time, show huge dividends. One of the reasons for burnout among teachers is they’re so overwhelmed with classroom behavioral issues. Counseling has the potential to address some of those, and more.

Vitti believes the new approach will lead to an increase in student attendance, a reduction in discipline referrals, morale improvement among teachers and other school-level personnel, and ultimately, better academic results.

The nearly $1.2 million total cost of the Plus model is paid for by a coalition of groups in Jacksonville, with the largest source of money — $428,000 — coming from the Jacksonville Children’s Commission.

Colin Murphy, senior director of operations at the commission, said it was still able to expand the number of mental-health counselors from eight to 12 because the contract requires Children’s Home Society to bill Medicaid for services when applicable. That helps stretch the funding.

Jeff Chartrand, an advisor to the The Chartrand Family Fund at The Community Foundation for Northeast Florida, said the Full Service Schools Plus model is the kind of work that foundations should be doing.

“If we’re going to innovate and really transform systems, and get creative, then that’s the role that we play,” he said.

Vitti said ideally the Plus model would be in every school, or at least expanded enough that each community is touched. It’s a part of the district’s expanding focus on “the whole child.” The district will continue to look at options for Medicaid reimbursement and apply for grant money, he said.

“This work has to go beyond grant funding,” Vitti added. “That’s the scary part about this. We’re seeing with the number of referrals, the building of capacity, we have to move forward with seeing more state funding, more awareness, more federal funding in a sustainable way, not in pockets.”

WHO PAYS FOR THIS?